A deadly and gruesome alien threat begins to infiltrate a corporate scientific company, two young boys must work together alongside a powerful guide to find artifacts and sources of power needed to repel the threat for good in author J.J. Angelus’s “The Awakening”, the second book in the Warriors of Potentia series.

The prestigious SETE Corp is about to encounter something unlike anything known to man. With an alien virus threatening to cause a global pandemic, the scientists of SETE must work quickly to find a solution but an unexpected visitor has other plans. Meanwhile, Rupert, Amare, and even Ya’asha come together to find the cosmic and magical artifacts to prevent the total annihilation of Earth, but with the evil growing stronger things are about to take a turn for the worse and a shocking revelation will soon come to the light.

This was such a gripping and powerful read. The balance the author struck between the chilling nature of the infectious alien presence within the SETE Corp and the coming of age, hero’s journey of Amare and Rupert was truly creative and entertaining to read. The narrative itself seemed to capture a haunting tone and atmosphere, bringing a lot of tension and action that will keep readers poised on the edge of their seats, eager to jump further and further into the evolving story and mythos the author has crafted.

The thing that stood out to me was the expertly woven narrative that found a harmonious approach to the multiple genres this story produced. The sci-fi elements of the mythology of the source of power known as Potentia and the growing fantasy elements of the main character’s journeys really elevated the narrative, but what struck such a unique chord from other books in this genre blend was the amount of horror the threat of the Umbrae produced. Setesh especially was a powerful threat, viscously attacking the scientists and the heroes challenging his mission without mercy, and the descriptive nature of the alien virus’s mutation on its victims will leave readers with goosebumps to be sure.

Haunting, shocking, and engaging, author J.J. Angelus’s “The Awakening” is the perfect sci-fi and horror fantasy read for the fall 2021 season. An incredible sequel to the author’s already fantastic first book in this new series, the story very much felt like Stranger Things meets John Carpenter’s The Thing, and with a shocking cliffhanger of an ending that will chill readers to the bone, fans won’t want to miss this exhilarating new YA Thriller! If you haven’t yet, be sure to grab your copy today!

Quirky blerd on a mission pursuing creativity. Author/creator of Warriors of Potentia and other works of fiction.

A group of young people are all that stands between Earth and an unimaginable threat in author J.J. Angelus’s “Warriors of Potentia (The Shadows)”.

The souls of mankind have always had a fascination with the unknown. Humanity desires nothing more than to unravel the secrets of the Universe in hopes of gaining enlightenment and uncovering the truth. But what if they uncovered something which darkened their perceptions? Something that could wipe out their existence if it was given the opportunity?A supernatural entity descends upon an unsuspecting community carrying a hostile attitude and voracious appetite. The only offset for this cosmic menace is a few young adults who gain mystical abilities from unknown origins. Inexperienced and unaware, the odds are clearly against them as they face a merciless and ever-evolving enemy. An enemy who not only threatens their young adult lives, but also the entire Earth. As the mystery unfolds, your deepest and darkest fears will become reality, and the shadows surrounding your conscience shall come to life. A reality which fuels your imagination and reshapes your mind towards understanding the inner workings of the Cosmos just a little bit better.

The book hits the ground running, setting the stage for a powerful sci-fi epic YA series that is both emotional and action-fueled. After a deadly accident on a space station launches a lone astronaut back to Earth carrying a dangerous alien threat, the world becomes a target and a few teens find their lives changed forever.

The author does a great job of creating unique mythology that blends sci-fi and fantasy seamlessly. The cast of characters is strong and does well to elevate the story naturally, and readers become invested as the story progresses. The only thing of note would be that sometimes perspective changes between characters occur suddenly without warning, so perhaps in the future, these character perspective changes could occur with some separators between each passage within a chapter.

A gripping sci-fi tale like no other, author J.J. Angelus has set the stage for a fantastic YA series. Engaging, heartfelt, and incredibly detailed in its mythological approach, Warriors of Potentia is a must-read novel of the summer. Be sure to grab your copy today!

In 2016, J.J. Angel was a part of an anthology called Voices from the Bayou, he loaned his words on several troubling events that year in Louisiana. Specifically, The Great Flood of 2016, the shooting of Alton Sterling, and the deaths of three police officers. His written portion titled, “Still Water Runs Deep” is about an outward conflict clashing with his own inner conflict, both as a flood victim and a misguided African American male.

Several years later, he decided to differentiate himself from the book with a new pseudonym, but since he loved his original pen name so much, he simply turned Angel into Angelus which is Latin for angel. The Angel portion of his original pseudonym is a shortened form of his mother’s name Angela.

JJ prefers to write stories focusing on the supernatural, with spiritual awareness intertwined somewhere in the plot. He enjoys educational science books as well.

Warriors of Potentia is his most developed production, with one completed book and several sequels on the way. The idea of the story originated twenty-five years ago as a way to combat the ongoing verbal and physical torment from peers. Beginning as simple stick-figure drawings, these characters developed, as he developed, and became a greater manifestation of his creativity into what they are today.

JJ is also working on a few other titles that are not a part of the Potentia franchise. These works will be released sometime in the near future as well.

When he’s not writing, JJ’s outside moving around the downtown capitol; enjoying the great Louisiana cuisine and entertainment, visiting parks and zoos to become closer with the elements of nature, and trying to control his ongoing obsession with Star Trek Deep Space Nine. 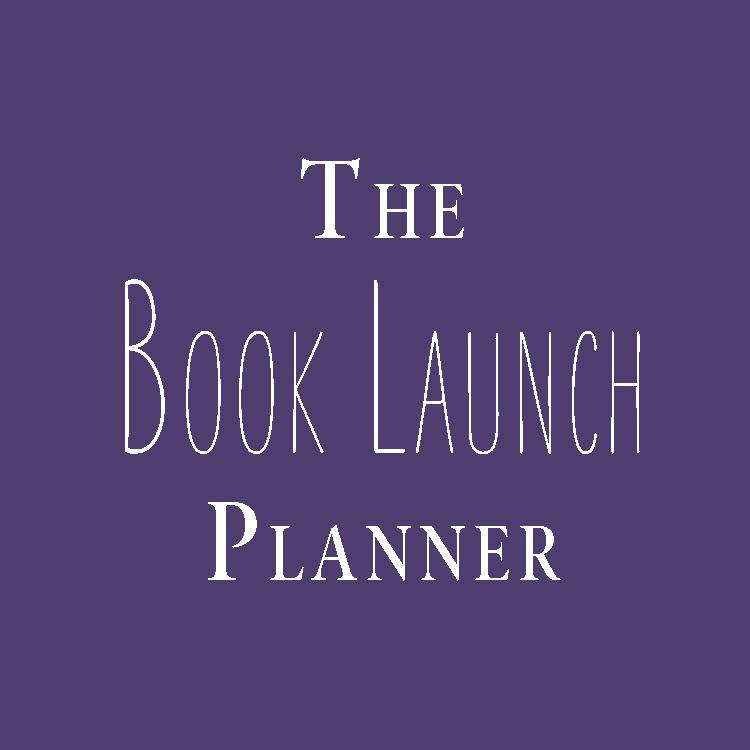 Grab 10% Off Your Purchase of your official Book Launch Planner Using My Personal Code: ANTHONY10

Check out this incredible new special edition of A Cry in the Moon’s Light! @alanmcgill14 #gothichorror #fantasy #darkfantasy #horror #christmasgiftideas #UndeadWars
Happy Holidays everyone! To celebrate the upcoming season my @etsy shop @cosmicwritingstudios is having a #blackfridaysale now through December 1st. Grab 20% off all products and services on my shop. From custom poetry and short stories to character worksheets for #authors to original #shortstories and iPhone backgrounds based on my books, I have it all. So be sure to purchase your order today and if you have any questions don’t hesitate to email me or DM me here or on my shop page. Link in the bio! #blackfriday #sale #etsy #etsyshop #etsyseller #customwriting #christmasgiftideas #christmasgiftguide #holidaygiftideas
It’s a @cosmicwritingstudios #halloweensale over on @etsy so click the link in the bio to get 20% off all #writingservices and #digitalproducts !
Happy to share that my @etsy shop @cosmicwritingstudios is having a special #halloweensale now through November 2nd. All of my digital products and #writing services are 20% off. These include but are not limited to custom novels, custom poetry, and more. You can also find #author services on my personal website, such as expedited #bookreviews, #editing services and much more. Links to both shops are in my bio.
So happy to share that today @krisonrequest @alywiththecurves and my father surprised me and brought home a new baby pup. His name is Luke, as in Luke Skywalker ( @markhamill ) and along with his sister Leia they are both white haired #goldenretrievers . I couldn’t be happier and more emotional if I tried. Can’t wait to share their journey with you all. Look for their own socials soon… #starwars #goldenretriever #newpuppy #goldenretrieverpuppy
If you guys haven’t yet be sure to check out my #review of author @adrienneyoungbooks and her new novel #spellsforforgetting a great way to start out the #spookyseason 🎃🧙🏼#bookstagram #bookreview #mysterybooks
Happy Birthday Aly With The Curves! I love you mucho mucho. There is never a day that goes by where I don’t count myself lucky to have you in my life. Whether we are talking to ghosts, laughing at dumb TikTok videos, or belting out our favorite Disney tunes, I am forever grateful to have you not only as my sister, but one of my best friends in the whole world. You are not only beautiful, but so incredibly talented, creative, and I know the world is going to love the wealth of positivity and love you will share in the years to come. I hope you have a fun, exciting, and very Happy Birthday. I love you with all my heart! #happybirthday #sister
I want to wish my late grandparents a very Happy Anniversary. I know wherever they are, they are dancing the night away from the new home they have made for themselves in the afterlife. I love and miss you both mucho mucho, every day. ❤️❤️ #happyanniversary #grandparents
In case you missed it, my #review of my dear friend @rebeccahenryauthor latest book #ConjureLake is now live on my website. Please check it out, like and share the post, and be sure to grab your copy of this incredible book today! Link in the bio! #yaparanormal #youngadultbooks #lgbtq #lgbtqbooks #bookstagram
Also, a brand new #bookreview of @authoryasminemaher #Echo The Curse of the Blackwood Witches is now live. Link in the bio. Please share and subscribe to my website. #bookstagram #bookrecommendations #urbanfantasy #urbanfantasybooks
Happy to share what I hope is the first of many episodes of my podcast A World of Books that focuses on authors. I am so grateful to @karenmoeart for sharing her story and powerful book with us. Please like and share the episode using the link in the bio and if you haven’t yet, be sure to subscribe. Available on @applepodcasts, @spotify and all other streaming apps. #podcast #authorsofinstagram #bookpodcast #bookstagram #authorreading
I can’t even begin to express how much I already miss him. Today, the last of my #goldenretriever children, Jack, had to leave us and join his brothers over the #rainbowbridge. I won’t lie, it’s been a really difficult day. So many emotions to process as today marks the end of an era. He was with us for over 13 years, and through it all he never once stopped smiling, never stopped giving us constant love, especially when we were struggling, and he always had something to say when we were hanging out. I love you mucho mucho Jack, and daddy misses you dearly. I know you are with your brothers and sisters now, and I hope you know how much we love and miss you. Goodbye, my handsome Jack. ❤️❤️ #goodbye #missyou