How The Dark Tower by Stephen King Inspired My Writing

Hello there everyone! I wanted to start writing a series of posts describing how various books, authors, films, television shows, musicians, video games and even internet stars have influenced my writing in general, as well as the way they have influenced specific storylines within my books. The best writers in the world have found inspiration from the world around them, from world events to nature and the works of other authors. Today, I want to discuss one of the biggest influences on me as an author: The Dark Tower by Stephen King.

This series spans eight novels, as well as short stories, interconnected story points in other works by Mr. King, comics, and now a motion picture with plans for a television and film franchise. This is by far the author’s most famous work, and the connectivity of his works to this series has influenced my own storytelling. 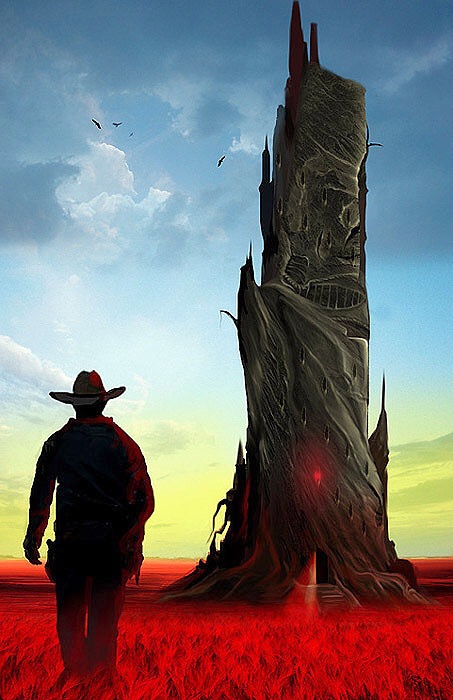 The main plot of the story revolves around Roland Deschain, the last of a long line of gunslingers, who travels his broken world in search of the man in black, a sinister wizard he holds responsible for the downfall of his people. In his search, he also searches for The Dark Tower, a vast tower that binds all worlds and realities together. The man in black works for his master, the Crimson King, to destroy the beams that hold the tower in place, in the hopes that it’s destruction will bring chaos and death to all worlds. Roland must go on a quest to stop this mad plan, gather forces of good to help him stop the Crimson King and save the tower once and for all.

It’s a story the blends several genres, from fantasy and horror to westerns and science fiction. This combination of genres is the first inspiration from this series. The way Stephen King is able to expertly craft a story that incorporates these genres without making it chaotic and unbearable to read is a true source of inspiration. It shows that there is a place for all of these genres to co-exist, and that not one genre is necessarily better than the other.

The second inspiration from this series is the way in which Stephen King connects all of his books. Whether it’s characters like Father Callaghan from Salem’s Lot showing up in book five of the series or the man of black becoming the villain of not one, but at least three different books, this series has shown me the power of connectivity, and how it can inspire larger and more powerful story telling. I’ve begun to apply this to my two main series thus far, Nightmare Wars and The Legend of Electric Fusion. I’ve introduced a character named Larry, who brings chaos with him everywhere and travels between worlds and dimensions to mess with people, and in so doing he appears in both series. My hope is to bring characters from both series together in an epic series like The Dark Tower in the future.

These are just a handful of ways this series inspired me. I’ve learned a lot about the show versus tell storytelling device that I’ve mentioned before in my reviews, and am learning to apply it to my own writing. Stephen King uses this device expertly, subtly leaving plot points within the story that readers pick up on with excitement and eagerness. I’ve learned to apply a more “real-world” dialogue to my writing, in which i don’t worry about applying a vast and expansive dialect that makes me sound like a walking thesaurus but rather i write as if i were just dictating the conversations of real people who experience extraordinary circumstances. 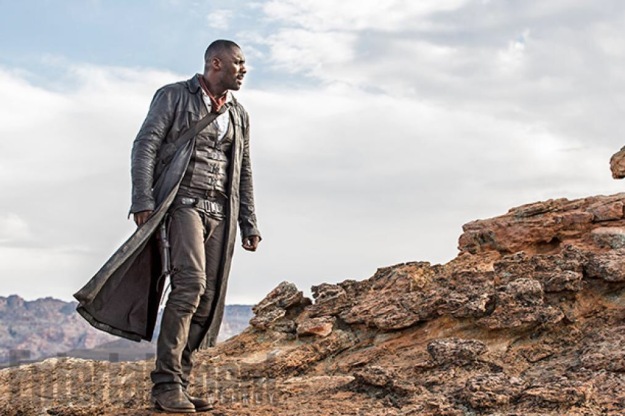 Overall, The Dark Tower is my biggest influence as an author. Mr. King has done a masterful job of creating a narrative that brings heart and emotion to an edge-of-your-seat adventure with scares, thrills and heartbreak. It was a fantastic series that will continue to inspire me throughout my career, and with the major motion pictures starring Idris Elba set to premiere soon, i highly recommend you guys reading this series if you need a healthy dose of writing inspiration. Thank you, Mr. King, for creating such an incredible work of art in The Dark Tower.

What is your current inspiration, whether its for writing or some other project in your life? Are you guys going to see The Dark Tower when it comes out? Leave your answers in the comments below.

If you guys haven’t yet be sure to check out my #review of author @adrienneyoungbooks and her new novel #spellsforforgetting a great way to start out the #spookyseason 🎃🧙🏼#bookstagram #bookreview #mysterybooks
Happy Birthday Aly With The Curves! I love you mucho mucho. There is never a day that goes by where I don’t count myself lucky to have you in my life. Whether we are talking to ghosts, laughing at dumb TikTok videos, or belting out our favorite Disney tunes, I am forever grateful to have you not only as my sister, but one of my best friends in the whole world. You are not only beautiful, but so incredibly talented, creative, and I know the world is going to love the wealth of positivity and love you will share in the years to come. I hope you have a fun, exciting, and very Happy Birthday. I love you with all my heart! #happybirthday #sister
I want to wish my late grandparents a very Happy Anniversary. I know wherever they are, they are dancing the night away from the new home they have made for themselves in the afterlife. I love and miss you both mucho mucho, every day. ❤️❤️ #happyanniversary #grandparents
#teenagedirtbag #emosnotdead #authorsofinstagram
In case you missed it, my #review of my dear friend @rebeccahenryauthor latest book #ConjureLake is now live on my website. Please check it out, like and share the post, and be sure to grab your copy of this incredible book today! Link in the bio! #yaparanormal #youngadultbooks #lgbtq #lgbtqbooks #bookstagram
Also, a brand new #bookreview of @authoryasminemaher #Echo The Curse of the Blackwood Witches is now live. Link in the bio. Please share and subscribe to my website. #bookstagram #bookrecommendations #urbanfantasy #urbanfantasybooks
Happy to share what I hope is the first of many episodes of my podcast A World of Books that focuses on authors. I am so grateful to @karenmoeart for sharing her story and powerful book with us. Please like and share the episode using the link in the bio and if you haven’t yet, be sure to subscribe. Available on @applepodcasts, @spotify and all other streaming apps. #podcast #authorsofinstagram #bookpodcast #bookstagram #authorreading
I can’t even begin to express how much I already miss him. Today, the last of my #goldenretriever children, Jack, had to leave us and join his brothers over the #rainbowbridge. I won’t lie, it’s been a really difficult day. So many emotions to process as today marks the end of an era. He was with us for over 13 years, and through it all he never once stopped smiling, never stopped giving us constant love, especially when we were struggling, and he always had something to say when we were hanging out. I love you mucho mucho Jack, and daddy misses you dearly. I know you are with your brothers and sisters now, and I hope you know how much we love and miss you. Goodbye, my handsome Jack. ❤️❤️ #goodbye #missyou
Happy Birthday Mom! I love you mucho mucho. Through everything that has come our way, everything that has been tough and all the good times and bad, I’ve been so lucky to have you in my corner. You are not only my amazing mother but one of the best friends a person could ever hope for. I look forward to investigating haunted mines and Bigfoot sightings with you in the future, and I hope you have the best and most relaxing birthday ever. I love you with all my heart mom, to the moon and back, forever and always. Happy Birthday! ❤️❤️❤️❤️#happybirthday #happybirthdaymom
My #bookreview of author @knsmith_author and the book #DiscoveryoftheFiveSenses, a brilliant #urbanfantasy meets #superhero #actionthriller read! #bookrecommendations #bookstagram
I’m so excited to share the amazing comics I picked up today. Especially the new #dcpride comic featuring one of my favorite #arrowverse characters, #Dreamer played by the incredible @nicoleamaines so be sure to grab your own copy today! #pridemonth #pride #comicbooks #comicbookhaul #marvelcomics #dccomics #boomstudios #buffythevampireslayer #msmarvel #darkcrisis
Yesterday would have been my late grandfather’s 93rd birthday. It is never easy having to celebrate without him here, but I know he was there in spirit. In honor of his special day I made an entire #mexicanfood dinner. Homemade #enchiladas with chorizo con queso. My grandfather loved Hispanic food and I’m so proud of my heritage and hope this honored him. Happy Birthday Grandpa! Love and miss you mucho mucho! ❤️❤️ #happybirthday