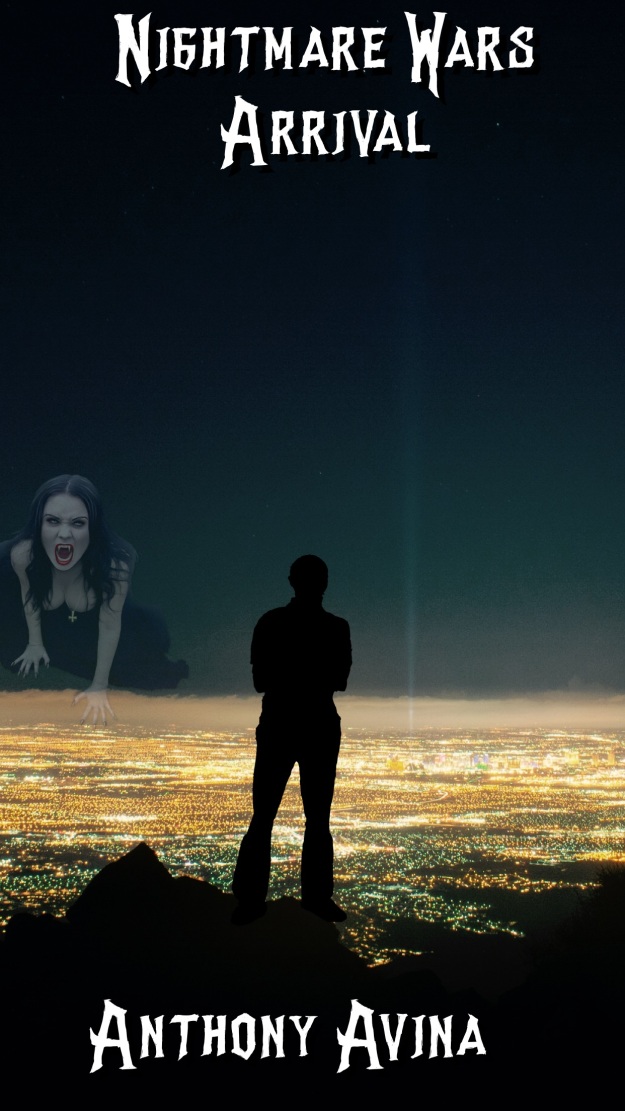 Jackson Stevenson had it all. Riches, fame, love, he was truly blessed. At the time when his band is beginning to gain widespread recognition, Jack suffers a horrible attack in supernatural origins. After the attack, he is left in a coma, and for six months, he is left in darkness. When he finally wakes up, the world he knew and loved is gone, and humanity is fighting for survival. All of the supernatural creatures of myth and legend of made themselves known, and under the command of a mysterious council, they have sent the remaining humans into hiding.
When he wakes up, he learns that his family and a few others have taken refuge in an underground bunker. Having to learn how to survive quickly, Jack goes from a weakened coma survivor to a natural leader. However, Jack soon learns that his beautiful wife, Bella, has been captured by a powerful vampire, and despite his family’s warnings, he ventures out into the dangers of the outside world, desperate to find his wife and save her at all costs.
Full of legendary creatures and mysterious foes, this is the story of survival, love, and the true meaning of a monster. This is the first book in a long series that shows humanities unwillingness to give up, and the bonds we make in the face of annihilation. This is humanities Nightmare War. 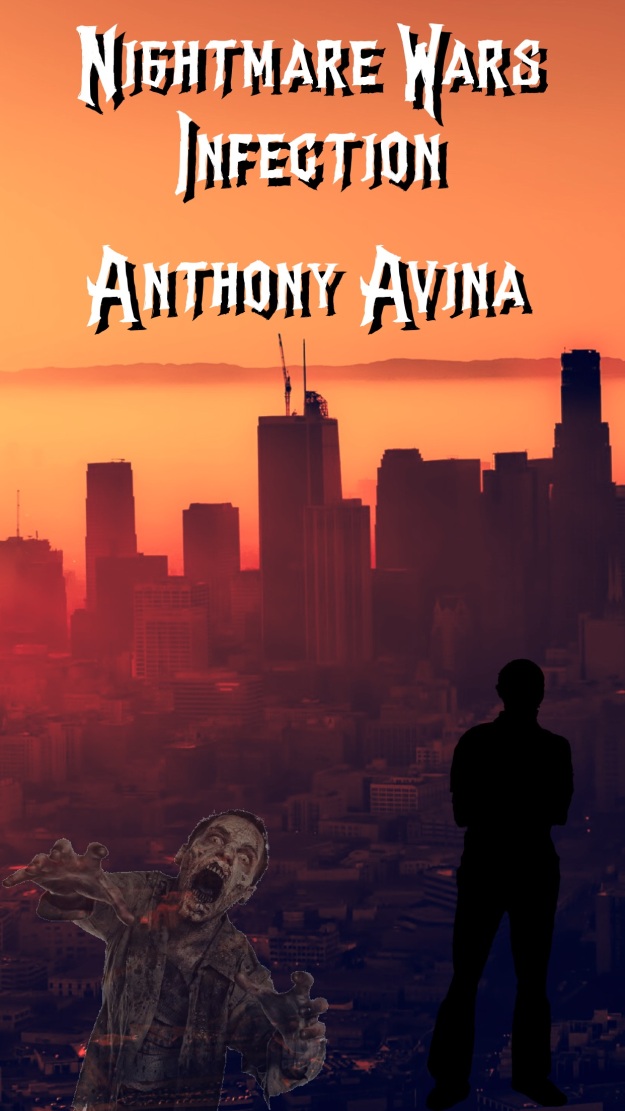 The war wages on in the second novel in Anthony Avina’s Epic series, Nightmare Wars. Book Two: Infection, takes place in the blazing Southwest of the former United States of America. Jackson Stevenson and his squad of soldiers have made their way to Arizona in hopes of stopping an infamous monster: Dr. Jekyll. After receiving word of human experiments at a research facility, Jack must rally his troops to stop the psychotic killer, before he unleashes a horrible virus on the remaining human populace. Filled with action-packed drama, horrific monsters, and surprising twists and turns all along the way, this series deals with the age old question: What is a monster? Bringing legendary creatures and a tale of hope, love, and loss, the second chapter of horror writer Anthony Avina’s biggest series yet is sure to leave you on the edge of your seat. 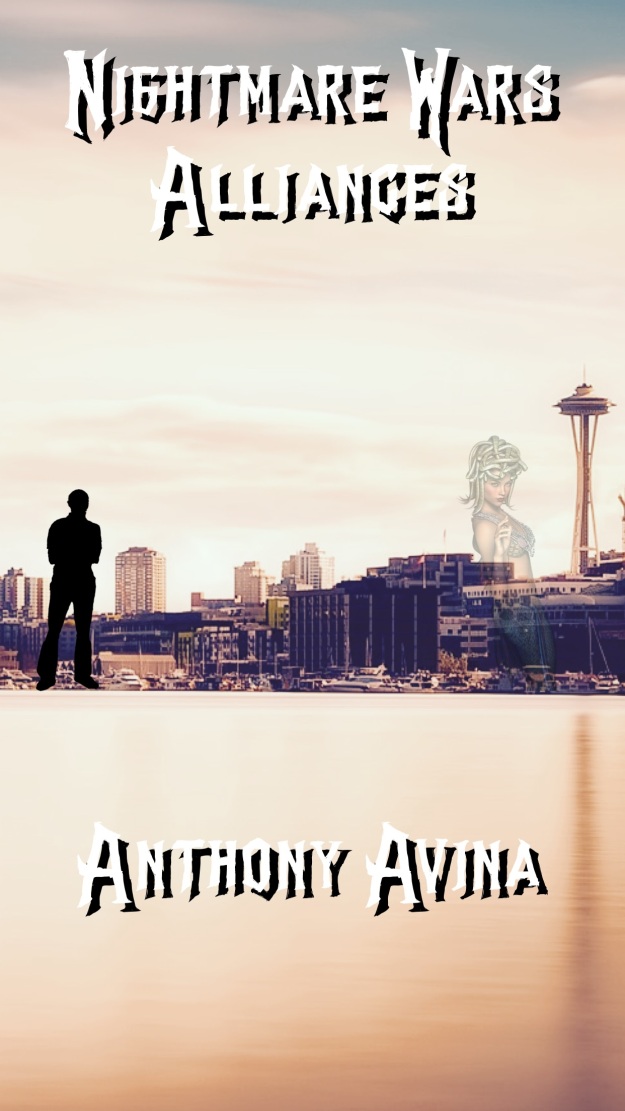 Jackson Stevenson leads his team of resistance fighters to Seattle, WA, where Medusa and her two Gorgon sisters have set up a mysterious facility. No humans have been seen going in or out, which spells out trouble for Jack as he tries to ascertain the true threat in the North West.

Meanwhile, new players in the game show up in the war. Immortal creatures come across Jack’s path, but whose side are they on in the war? Can Jack find out whose working with who before everyone he loves and cares for dies? Will he be able to stop Medusa before she unleashes unholy hell on the city of Seattle? Come along for the ride and find out if Jack can stop untold death and destruction and form the one thing he’s been missing from the war, and that is alliances.

Check out this incredible new special edition of A Cry in the Moon’s Light! @alanmcgill14 #gothichorror #fantasy #darkfantasy #horror #christmasgiftideas #UndeadWars
Happy Holidays everyone! To celebrate the upcoming season my @etsy shop @cosmicwritingstudios is having a #blackfridaysale now through December 1st. Grab 20% off all products and services on my shop. From custom poetry and short stories to character worksheets for #authors to original #shortstories and iPhone backgrounds based on my books, I have it all. So be sure to purchase your order today and if you have any questions don’t hesitate to email me or DM me here or on my shop page. Link in the bio! #blackfriday #sale #etsy #etsyshop #etsyseller #customwriting #christmasgiftideas #christmasgiftguide #holidaygiftideas
It’s a @cosmicwritingstudios #halloweensale over on @etsy so click the link in the bio to get 20% off all #writingservices and #digitalproducts !
Happy to share that my @etsy shop @cosmicwritingstudios is having a special #halloweensale now through November 2nd. All of my digital products and #writing services are 20% off. These include but are not limited to custom novels, custom poetry, and more. You can also find #author services on my personal website, such as expedited #bookreviews, #editing services and much more. Links to both shops are in my bio.
So happy to share that today @krisonrequest @alywiththecurves and my father surprised me and brought home a new baby pup. His name is Luke, as in Luke Skywalker ( @markhamill ) and along with his sister Leia they are both white haired #goldenretrievers . I couldn’t be happier and more emotional if I tried. Can’t wait to share their journey with you all. Look for their own socials soon… #starwars #goldenretriever #newpuppy #goldenretrieverpuppy
If you guys haven’t yet be sure to check out my #review of author @adrienneyoungbooks and her new novel #spellsforforgetting a great way to start out the #spookyseason 🎃🧙🏼#bookstagram #bookreview #mysterybooks
Happy Birthday Aly With The Curves! I love you mucho mucho. There is never a day that goes by where I don’t count myself lucky to have you in my life. Whether we are talking to ghosts, laughing at dumb TikTok videos, or belting out our favorite Disney tunes, I am forever grateful to have you not only as my sister, but one of my best friends in the whole world. You are not only beautiful, but so incredibly talented, creative, and I know the world is going to love the wealth of positivity and love you will share in the years to come. I hope you have a fun, exciting, and very Happy Birthday. I love you with all my heart! #happybirthday #sister
I want to wish my late grandparents a very Happy Anniversary. I know wherever they are, they are dancing the night away from the new home they have made for themselves in the afterlife. I love and miss you both mucho mucho, every day. ❤️❤️ #happyanniversary #grandparents
In case you missed it, my #review of my dear friend @rebeccahenryauthor latest book #ConjureLake is now live on my website. Please check it out, like and share the post, and be sure to grab your copy of this incredible book today! Link in the bio! #yaparanormal #youngadultbooks #lgbtq #lgbtqbooks #bookstagram
Also, a brand new #bookreview of @authoryasminemaher #Echo The Curse of the Blackwood Witches is now live. Link in the bio. Please share and subscribe to my website. #bookstagram #bookrecommendations #urbanfantasy #urbanfantasybooks
Happy to share what I hope is the first of many episodes of my podcast A World of Books that focuses on authors. I am so grateful to @karenmoeart for sharing her story and powerful book with us. Please like and share the episode using the link in the bio and if you haven’t yet, be sure to subscribe. Available on @applepodcasts, @spotify and all other streaming apps. #podcast #authorsofinstagram #bookpodcast #bookstagram #authorreading
I can’t even begin to express how much I already miss him. Today, the last of my #goldenretriever children, Jack, had to leave us and join his brothers over the #rainbowbridge. I won’t lie, it’s been a really difficult day. So many emotions to process as today marks the end of an era. He was with us for over 13 years, and through it all he never once stopped smiling, never stopped giving us constant love, especially when we were struggling, and he always had something to say when we were hanging out. I love you mucho mucho Jack, and daddy misses you dearly. I know you are with your brothers and sisters now, and I hope you know how much we love and miss you. Goodbye, my handsome Jack. ❤️❤️ #goodbye #missyou