Two people find themselves forced to fight together for survival in author Ben Schneider’s Chrome Mountain. Here is the synopsis.

Trey and Sonya couldn’t be more different–yet their divergent lives are about to converge, with a bang. As Sonya evades the biker gang she was once involved with, she befriends Trey, a scientist, and helps him evade the Chromes, the most successful terrorist organization in the world. Trey and Sonya have more than their own lives to consider; the free world will change for the worse if the Chromes gain Trey’s priceless knowledge.

In the thriller Chrome Mountain, Ben Schneider explores one possible future our real world could be racing toward. Readers will find this story, driven by the female protagonist, a page-turner but without the darker tactics of similar sci-fi thrillers. The characters of Chrome Mountain tell their stories with clean humor, no profanity, a lot of advice from God, and action–lots and lots of action.

This science-fiction thriller is unlike any other. Filled with incredible character development and military style action, the story of two people from very different worlds coming together inadvertently in a fight against powerful forces made for an engaging read. An incredible blend and fusion of biker gangs, terrorist organizations, futuristic tech and relatable protagonists made this a truly fun read to enjoy.

Now one thing I will say that I cannot comment on fully is the inclusion of some religious storylines. I myself being not religious, I cannot comment on the strength or impact to religion this story has. I can say for anyone who enjoys characters with deep ties to religion, there are some truly important and strong stories intertwined with some of these characters that involve that subject. It examines belief and faith in a unique way as it mixes into this futuristic sci-fi world the author has created.

Overall this was a fun read. Filled with action and suspense, this original and incredibly creative tale is a wonderful fusion of interweaving character arcs, high-octane drama and a edge of your seat thriller you won’t want to miss. Be sure to grab your copy of Chrome Mountain by Ben Schneider today. 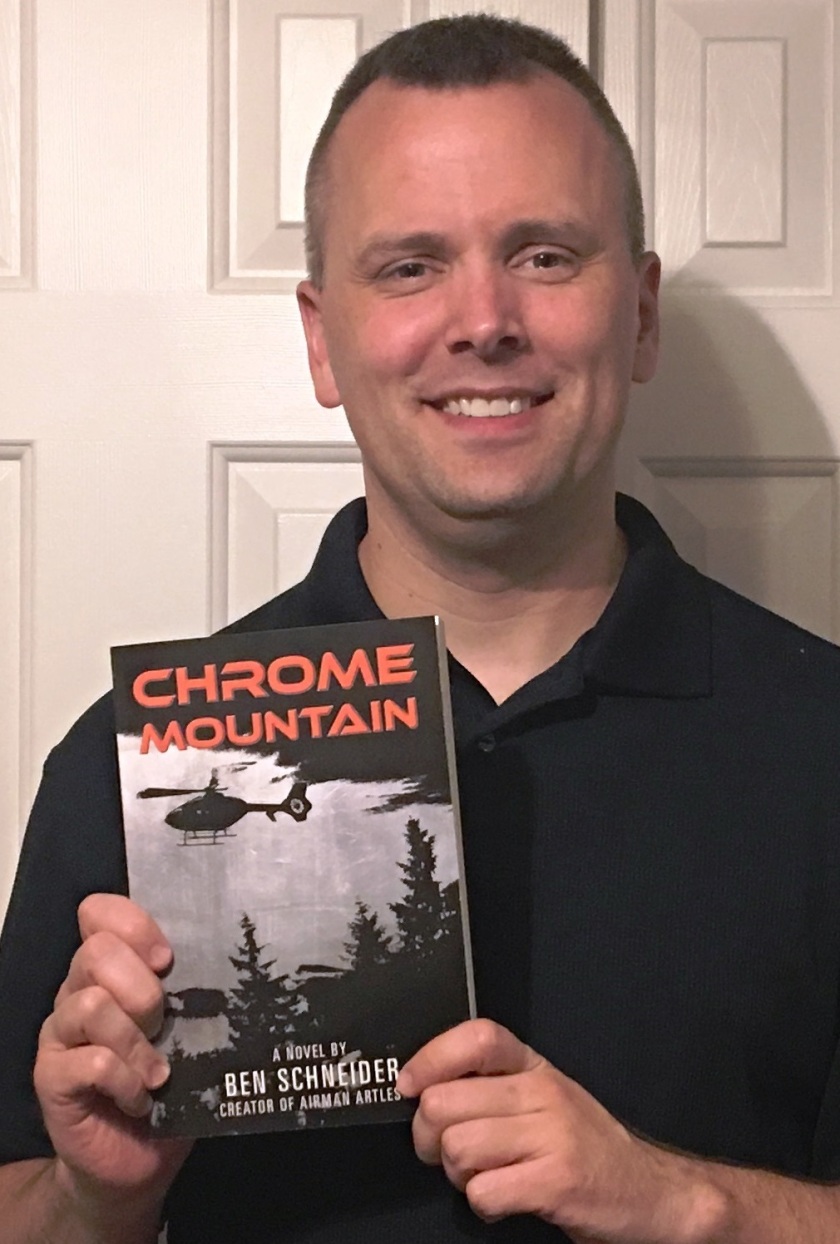 Ben Schneider was born in Oklahoma City, OK in 1977.  He graduated from Newcastle High School in 1996 and earned his Associates in General Studies at Hillsdale FWB College in 1999.  While at Hillsdale he created Holidabblers, only then, he called it “Holiday Heroes” until another artist bought the copyrights to that title years later.  During the late 90s Ben drew his cartoons in colored pencil.  In fall of 1999 he transferred to the University of Oklahoma and later had cartoons published in “The Oklahoma Daily” (as shown at the bottom of the “Holidabblers” tab).  Since then Ben revolutionized his work, making it mostly computer-based by using Photoshop and Freehand.

Ben earned his Bachelors of Art in Graphic Design in May of 2003.  He joined the US Air Force the following month and received his first assignment in Aviano, Italy.  Ben’s experiences in the Air Force inspired him to invent Airman Artless.  In July of 2005 he had his first Airman Artless cartoon published.  He has been published repeatedly in the “Vigileer,” “Air Scoop,” “Kaiserslautern American,” “Samurai Gate,” and “Crimson Sky.”  One sample of each can be found on the “Published Work” tab.  The “Crimson Sky” sample also includes a story about Ben on page 18.  Ben welcomes any ideas for future Airman Artless cartoons.  Feel free to send an idea, question, comment or offer anytime to either of the following: 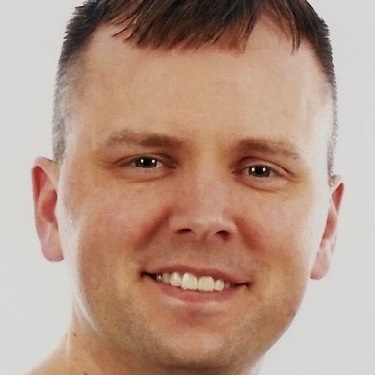 YA New Releases, Bestsellers & More from 20% Off