It’s the final chapter of this hilarious and personal series of travel novels for author Simon Williams with the release of Wanderlost 5: More Shots of Literary Tequila for the Restless Soul. Let’s take a look at the synopsis:

From being stalked by muggers on the streets of Rio de Janeiro, to absent-mindedly insulting a FIFA World Footballer of the Year while at lunch, to almost getting a divorce over ordering an UBER to the airport, what else can go wrong on a trip?

These are one man’s riveting stories of wandering our planet that the staff at Lonely Planet doesn’t want you to know. Simon explains exactly what not to do when you find yourself in a sticky situation.

Nobody travels like this anymore. Maybe for good reason. Simon Williams doesn’t go looking for trouble in life, but when he finds it he never keeps his sarcastic mouth shut.

Travelling – it leaves you speechless then turns you into story tellers. Ibn Battuta

From unexpectedly having to bribe your way into another country, to language barriers causing awkward situations at a religious retreat and having to manage himself and his various family members as they endure Hurricane Irma, author Simon Williams final chapter in the series brings the same level of sarcasm and wit into the amazing stories of his life. The vivid imagery presented throughout each story created the scenarios in the reader’s mind perfectly, making it seem as if they themselves lived these funny and unbelievable situations themselves.

The author does a wonderful job of blending his unique sense of humor with pop culture references, political jabs and a no nonsense attitude that is rare in travel books these days. It’s a fast paced read that doesn’t relent, and readers will absolutely love this final book in an amazing series.

Overall I love this book. It’s a great way to end a five book travel series filled with incredible adventures, unique interactions and so much more. If you read one travel series or book this year, let it be author Simon Williams and his novel Wanderlost 5: More Shots of Literary Tequila for the Restless Soul. Grab your copies today! 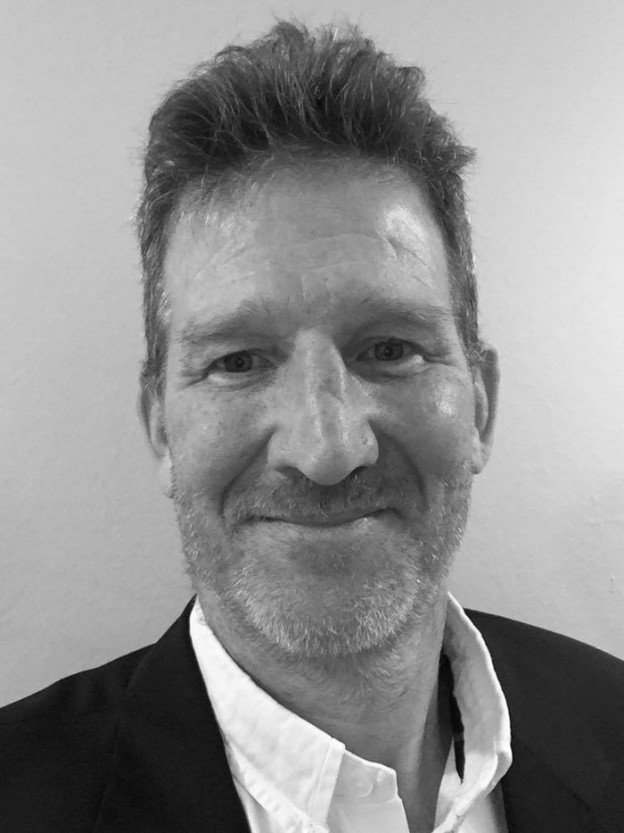 If sarcasm was your acceptable daily allowance of protein, then author Simon Williams would be a juicy 12-ounce steak sandwiched between two pieces of red meat. In a recent Facebook posting of the 37 things people regret when they die, there was only one item he hadn’t done. Let go of a grudge, but he doesn’t regret it.

Born in Townsville, Queensland Simon now lives in Miami, Florida. He always wanted to see the world and still harbours a strong desire to visit Cambodia, Ceylon, and Leningrad, but is buggered if he can find where they are on a map. He has spent half his life having to tell Americans that he grew up near Sydney, as most of them have no idea that Australia has another city.

He found out how much he enjoyed writing when his 10th grade English teacher told him that he was lazy, so he wrote a 25-page story for his next essay just to annoy him. That is coincidentally when he found out he liked to shit stir people. His sense of humor was developed over 8 years of boarding school. As a way of both evading having the crap between out of him, while also dealing with being a smart boy who sat at the back of the class but who couldn’t see the board because he refused to wear his glasses.

His favourite pastime is trolling his mates on Facebook and taking the piss out of them. He has only been unfriended twice, on both occasions by his wife.

#Audiobook Tour: One Must Tell the Bees by J. Lawrence Matthews 🎧📚
In case you missed it, today I released by first #musicreview on my website. I used to write music reviews all the time for various websites but decided to start writing on more creative fields this year. My first review is of the band Halocene and their album, #VitaNova so be sure to go check it out, share it, and let me know what your favorite song off of the album is after you've given it a listen. Click the link in the bio to read it for yourself! #music #rock #Halocene
I can’t believe it’s been three years since we had to say goodbye to you Grandma. It feels like yesterday that you were standing at the door of your home, waiting for us all to shuffle inside so you could give us each a big hug. I can still picture you inside your home, sitting in your blue chair and beaming with pride with each little announcement or piece of news we had to share with you about our lives. You were everything that a person hopes their grandmother will be and so much more. Words cannot even describe the impact you had on my life, and every time I felt lost or like my dreams were futile, you were one of the few people who encouraged me to keep going, and to never stop believing in my dreams. Your voices always rings in my ears as I have those feelings creep back up, and I know that you are with us always. I know you are in the stars, dancing with grandpa to some beautiful Gene Kelly song, and keeping a place ready for us when the day comes we can see each other again. I miss you with all my heart, and I hope you know that I love you mucho mucho. ❤️❤️ #grandma #missyougrandma
It’s hard to believe it’s been 2 months already since we lost my baby boy, my golden retriever Clark, aka Superman. I wanted to share this incredible piece of jewelry my beautiful sister @alywiththecurves got for me, with Clark’s actual paw print on it. I wear it everyday, and no matter how far he may travel along the #rainbowbridge I know he is still around me, looking out for us all. Love you Clark! Miss you Superman! #missyou #goldenretriever #superman
One of the coolest moments as a #bookreviewer is when you feel the impact of your work on the authors you work with. The incredible Gary Westphalen featured my review/blurb on his book cover for his latest book, #BreakingtheWeakLink, a #crimethriller and #mustread book. Such a cool feeling. #bookstagram #bookblogger
How is everyone’s week going so far? It is freezing here in Virginia, but that hasn’t stopped me from working to make 2022 the year Author Anthony Avina’s Blog and Cosmic Writing Studios takes off! You all have been so supportive over the last few years, and I know that with your support this year we will take things to the next level.
Snow day! ❄️☃️ #snowstorms #snow
In case you missed it, my top reads of 2021 are now live on my website, and I tagged all the wonderful authors here so be sure to follow them and pick up their books. I hope you enjoy my favorite reads from last year. Link in the bio! #bookstagram #bestbooksof2021 #mustreadbooks
While I know we are going to have a wonderful holiday together and I am so grateful to have my family with me during a time when not everyone is able to do so, I’d be remiss if I didn’t acknowledge those who are no longer with us this holiday. From my #goldenretrievers Dodger and Clark who walked the rainbow bridge this year, to my loving and incredible grandparents, who have been gone for a few years now. I love and miss them so much, and the memories I have of them will be in my thoughts and heart always. They always loved the holidays, and so while I can’t promise a lack of tears shed in their memory, I will celebrate knowing they are still here with us, guiding and protecting us any way they can. I love you all mucho mucho, and miss you everyday. Have a wonderful #christmaseve everyone!
A brand new #holiday themed episode of A World of Books is now live! I share a special reading of author Brett Marie’s short story “The Ghost of Christmas, Present”, as well as a #Christmas classic. Link also in the bio. #holidays #podcast #newepisode #bookpodcast #santa
Check out my latest review of author @viola_shipman's latest novel, #TheSecretofSnow. Link in the bio! #bookstagram #bookreview #bookblog #authorblog #mustread #mustreads #booknerd #booklover #blogger #winter #holidays #romance #cozyromance #drama
My first exclusive video #bookreview is for author Jeffrey A. Carver’s #TheReefsofTime #bookstagram #bookrecommendations #scifi #scifibooks