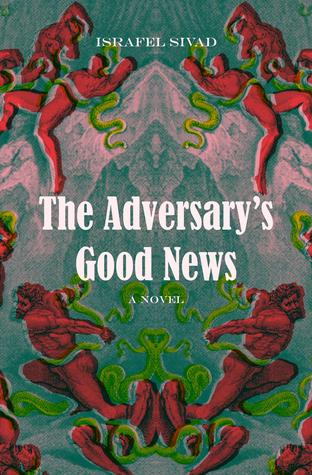 Trigger Warning: This book deals with themes of suicide, drug use and abuse. Reader discretion is advised.

An intense fantasy horror adventure takes a troubled young man through the bowels of the afterlife in author Israfel Sivad’s The Adversary’s Good News. Here’s the synopsis:

A divine comedy – inverted. Christian Michael Anderson hasn’t been doing so well lately. He’s out of work, out of money, and out of alcohol. But when he loops a stolen rope through the exposed rafters in his ceiling and places that noose around his neck, his adventure has only begun… Encountering joke-telling gargoyles, the “Great Beast” imprisoned in a cage, a drug-dealing Tinkerbell, and much more, Christian eventually realizes he’s entered a psychologically haunted world far beyond anything his nightmares ever envisioned. But it’s not until his final imprisonment in the serpentine city of Pandemonium that he realizes he’s been tricked into confronting his own, personal demons.

The story of Christian was an exhilarating and terrifying journey through death. I would describe it as a much more horror filled version of Alice in Wonderland on acid. A world filled with dead artists, gargoyles, demonic sirens and more, these creatures help establish the chaotic world the author has created. The story itself is one of the most thought provoking I’ve read in 2018. The novel deals in some pretty serious themes, and helps show the reader why it’s important to examine the life we lead and make the most of it. Our lives are filled with ups and downs, and we often make mistakes. However this book felt like more than just a horror story. It felt like life, in which we all have to find ways to accept the things we cannot change and move on to rebuild our lives once more.

The writing was phenomenal. The protagonist Christian was complex and filled with inner turmoil. While he felt a desire to do the right thing, his addictions and fantasies held a massive pull within him, tearing him apart from the inside out. The imagery was strong throughout, creating a colorful and sometimes gruesome world where up was down, black was white and the people spoke in constant riddles.

Overall this was a great read. While filled with some triggering topics, the story overall was powerfully intelligent and allowed readers to think about the broader aspects of life, as well as the inner turmoil of their own lives. It was a breathtaking horror adventure through the afterlife, and if you haven’t yet you have to check it out for yourself. So be sure to pick up your copy of The Adversary’s Good News today!