For years the Moon Palace in the Valley of Aijalon and the Sun Tower in the Plains of Jashar has stood as testaments to the power of the sun and the graciousness of the moon. Helio and Lumina, Guardians of the sun and moon, kept watch over them and the Prince and the Princess who ruled them. But the Prince and Princess are missing, and the sun is exhibiting strange behavior. Now Joshua and his younger sister, Deborah, must untangle a web of lies and deceit to uncover the secret of who they really are and save their world from an imminent disaster brewing in the heavens. And they must hurry. Between the earthquakes, the sun and moon standing still in the sky, and the planet Jants hovering closer than it’s ever been, the planet could be torn apart before they have a chance to do something about it.

“Mr. Delango.” Mrs. Blaine’s voice sliced through the air, jarring Joshua out of his thoughts.
He jumped to his feet. “Yes, ma’am.” All around him snickers erupted as each of his classmates stared at him. Joshua stifled a groan. Judging by their reaction, he had missed something important.
“Perhaps you would like to elaborate on our topic?” Mrs. Blaine motioned to the blackboard.
Joshua winced. He had been staring out of the window and had no idea what she had been talking about.
His best friend, Neil, shrugged. With his skin the complexion of milk and Joshua’s the complexion of chocolate, Neil always said together they were two halves of the best drink ever to have been invented.
But now he shook his head at Joshua. “I tried to warn you,” he mouthed.
Joshua cleared his throat. “You are doing such a fantastic job at explaining this, Mrs. Blaine, I can’t elaborate.” He punctuated the remark with a smile meant to charm her.
“I think you can.” Mrs. Blaine pointed to the board. “Why don’t you come up and fill out this diagram?”
Joshua bit back a comment and made his way to the front of the classroom. The walls were white, and though Mrs. Blaine had set a plastic, potted tree in the corner, there were no posters or papers on the walls . . . just a blackboard where Mrs. Blaine wrote her lessons . . . not at all like the other teachers’ classes with their motivational posters and charts plastered all over the walls.
“No distractions for wayward thinking children,” Mrs. Blaine had said the first time someone remarked on the lack of decoration.
Joshua took the chalk from her and approached the blackboard. Empty spaces in the diagram she had written mocked him, but the words, “Planet/Celestial Body” and “Guardian” were written in separate columns at the top. At least Joshua knew what she was talking about now—the solar system and its Guardians.
“Fill it out.” Mrs. Blaine smirked. “Unless you aren’t smart enough to goof off in class and still retain the information.”
Again his classmates snickered.
Joshua took a deep breath and studied the diagram. Then he raised his chalk and wrote:
Planet/Celestial Body Guardian
Sun Helio
Chern Maro
Marte Cero
Melíne Alandri
Geon N/A
Geon’s moon Lumina
Arion Lucin
Jants Junen
Rindt Rin
Nuardt Urin
Plútz Plandte

Once finished, he faced Mrs. Blaine. “Is that correct?” He held out the chalk to her.
No one snickered now . . . well, except Neil. His face had surged red with the effort of stifling his laughter. To date, no one had bested Mrs. Blaine at her game to humiliate students who weren’t paying attention. In fact, Mrs. Blaine herself stared at the diagram Joshua had written with her mouth set.
Her eyes narrowed. “Go sit down.”
Joshua shot a smile at her as he went.
“See me after class,” Mrs. Blaine said.
Joshua winced. One smart gesture too far.
“The rest of you, commit this chart to memory.” Mrs. Blaine tapped the blackboard. “It will be on the test next week.”
“Dude, are you crazy?” Neil leaned over to him as Joshua sat. Joshua had to bite back a smile. His friend acted like he had been the one called in after class. “She’s going to hate you now.”
Joshua shrugged. “I’ve got more important things to worry about.”
“Like what?” Neil whispered, copying the diagram.
“Like . . .” Joshua stared full into the sun. “I think the sun is off by two minutes.”
Neil paused in his writing. “What?”
“The sun.” Joshua glanced at Mrs. Blaine to make sure she wasn’t watching. “It should be a little to the right. It’s in the wrong place.”
“Have you been moon-bathing or something? You’re as batty as a night-person.”
Joshua scowled at his friend. “Don’t say that.”
But Neil went on, ignoring Joshua’s annoyance, or . . . more likely . . . not noticing it at all. “The sun can’t be in the wrong place. It’s impossible.”
“Maybe.” Joshua could overlook his friend’s oversight. After all, he didn’t know how offensive the saying was. “But I’ve done the calculations over and over—”
“Done the calculations?” Neil snickered. “What do you know about calculations like those? There are smart people in the capital whose job it is to watch the sun. Don’t you think they would have said something if the sun was in the wrong place?”
“I guess . . .” Joshua faced the front of the class where Mrs. Blaine continued her lesson. He wrote the diagram down, more to get his mind off of the nagging feeling in the back of his mind than because he needed to remember it. Neil was right; Joshua had to be wrong. After all, Helio, the Guardian of the sun, was the epitome of precision. The sun would never drift out of position on his watch.
Still . . . a feeling, like a stone sitting in his stomach, told Joshua something was amiss. He had seen the sun doing strange things before. The other day he thought he saw it flickering, and the day before he was certain its rays were less intense than they should have been.
Joshua swallowed the knot rising in his throat and resisted the urge to fiddle with the gold necklace he wore hidden under his shirt. If something was wrong with the sun, he had more than filling out diagrams and studying for tests to worry about.
They all did. 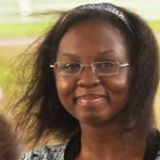 M.R. Anglin has always had a fascination with space—particularly the moon and stars. She also has three amazing nephews, two adorable “near-nephews,” and one brilliant niece, so it’s no wonder she eventually wrote a story that combines these loves into one. You can often find her gazing up at the Florida sky at night or hunching over her notebook/computer by day. She is the author of the Middle Grade novel, Lucas, Guardian of Truth, the self-published Silver Foxes series. She has also been included in the Coyotl Award winning anthology, Gods With Fur (FurPlanet 2016) and Extinct? (Wolfsinger 2017).