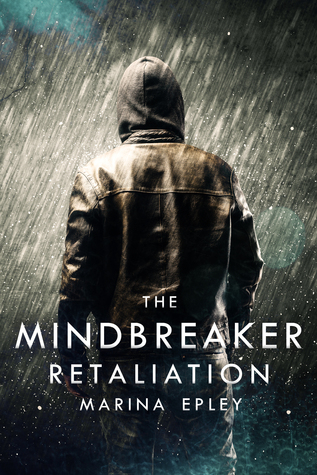 It’s time to return to the dark, bloody world of The Mind Breaker Trilogy. In Marina Epley’s second novel of the series, Retaliation, the war
between humans and mind breakers deepens, as series protagonist Rex straddles the line between resistance hero and mankind’s most feared terrorist.
Here is the synopsis for the Dystopian novel:

RETALIATION is the second novel in THE MIND BREAKER trilogy, set in a violent dystopian world where governmental forces wage war against humans
with psychic abilities.

Against all odds, Rex escapes from an Elimination prison and joins Retaliation, a rebel group consisting of humans with abilities in hypnotism,
memory reading and telepathy. Unfortunately, this place turns out a bit different from the sanctuary he dreams about. Half of the rebels are
hardened criminals, and the rest are merely children, kids brainwashed into hating and killing any non-breakers they encounter.

In Retaliation, Rex decides to try and change things from the inside before the criminals take over, simultaneously looking for a way to
capture his hated enemy, Captain Wheeler. But it happens that the captain is always one step ahead, and has been planning an opportunity to
destroy Rex. He takes Rex’s mother and sister hostage, demanding Rex to surrender. So Rex now has to figure out how to save his relatives from
Wheeler and rescue trapped Retaliation recruits from the hardened criminal element currently taking over the group.

The underlying problem is that no matter what he decides, it always seems to be exactly what Elimination wanted him to do. In believing that
he is fighting a just war against his enemies, Rex may well happen to be nothing more than a puppet in somebody else’s game.

With Elimination seemingly ahead of him at every turn, the struggle for Rex is very real. Facing enemies both from the outside world and from
within his own group, Rex must find a way to stop Elimination and his foe, Captain Wheeler, and stop the hatred brewing on both sides between humans
and breakers. The writing in this story is real and passionate, and does a marvelous job of developing complex characters that you will either
love or hate deeply, making it an even richer story.

The themes of this story are a powerful one, especially in this day and age. The hatred and violence the breakers feel towards humans and the
humans feel towards breakers are an excellent study of prejudice against minorities or people who are different from the “norm” of society. It
speaks volumes for the hatred that is born out of fear of the unknown, and showcases the difficult path that acceptance and peace runs on.

Overall, this is a phenomenal novel. Fans of the dystopian genre will love delving into this series, and if you haven’t read the first book,
I highly suggest you do. Marina Epley is a talented indie author who is sure to storm the dystopian world with her insightful and thought-provoking
work, and that is why I give her novel, Retaliation, a 8 out of 10 rating, and highly recommend you guys check it out for yourself! We look forward
to reading the final chapter of this series and hope to see Rex find a way to end this war once and for all.